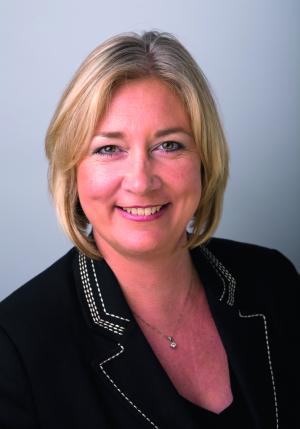 Founder of the CThA and former owner of ITEC, Jane Foulston has over 35 years’ experience in the complementary health, beauty and spa industry.

Jane started her career as a therapist and went on to become a specialised lecturer in beauty and complementary therapies in public and state colleges. Passionate about getting complementary therapies recognised for their value in both the health and education sectors, Jane created the curriculum for the first ever complementary therapy fully funded, full time course to be accepted in the UK. This course, the ‘Holistic Clinical Honours Diploma’ led the way for other courses which soon followed.

Jane then moved on to working nationally for ITEC as an examiner. In 1998, after a management buyout, Jane took on the position of ITEC CEO and for the next twenty years successfully built ITEC into the largest international examination board worldwide for beauty and complementary therapies, fully regulated by Ofqual on behalf of the Department of Education in England. With Jane at the helm, ITEC was operating successfully in some forty one countries and certificating over 40,000 students per year.

Having equipped students with the best training and internationally recognised qualifications, Jane always wanted to offer more post training and support to ITEC qualified therapists, so in 1999, she decided to set up a membership body for ITEC graduates initially and named it ITEC Professionals. The following year, an opening to purchase the Guild of Complementary Practitioners (GCP) came along and noting that the courses in massage, aromatherapy and reflexology were the most popular and highest attended in the ITEC portfolio, Jane decided to purchase the GCP with the intention of setting up a membership body for complementary therapists. Shortly after this merger, the Complementary Therapists Association (CThA) was launched.

Jane has been Founder and owner of the CThA for over 20 years. Jane’s exacting standards, commitment, drive, determination and passion elevated the CThA to become the leading professional association representing sports, spa and complementary therapists in the UK and Ireland. In November 2016 she sold ITEC which has prompted her to take a more public role within the CThA, so she has now stepped forward as Chair and is looking forward to leading and growing the organisation further.

Sharon Martin has been a health editor for over a decade. She began her media career with Observer Standard Newspapers and went on to work on business, education, law and lifestyle magazines at home and abroad. Sharon studied massage and aromatherapy before moving on to obtain qualifications in environmental science, psychology and counselling (with Relate). Whilst living in California, Sharon’s interest in natural and complementary health was reignited and fuelled. Harbouring a particular interest in unearthing and researching lesser-known practices from around the world, Sharon has travelled extensively and experienced many therapies first-hand, from futuristic cryotherapy chamber treatments (alongside NASA astronauts) in Austria, through to traditional Chi Nei Tsang in Thailand. Sharon is the managing editor of the CThA’s membership magazine, Embody.

After an early career as a singer with Wham!, Janey became an in demand vocalist with many of the hit artists of the 90’s including George Michael, Boy George, Nick Kershaw, Mari Wilson and Kim Wilde, soon leading to her own top 10 UK hit with Cola Boy ‘7 Ways to Love’. Touring with these bands introduced her to radio and television where she presented ITV’s Sunday Brunch, along with shows for VH1, BBC live events and regular spots on ‘The Wright Stuff’ and ‘Sky News’ as well as an appearance on Celebrity Ready Steady Cook.

Today, Janey is known to over 7 million listeners as co-host on BBC Radio 2’s biggest show, Steve Wright in the Afternoon. It was on this show that she nurtured her lifelong passion for healthy living, penning her first book ‘Imperfectly Natural Woman’ which became an Amazon No 1 Best seller. Since then has twice been voted No 1 personality in the Health industry’s Natural Beauty Yearbook, and appeared as a spokesperson on BBC, ITV, and more offering holistic viewpoints on current topics. She is the founder of imperfectlynatural.com a consumers website which received half a million hits in its first month, recommending the best the natural, organic, and eco world has to offer, and also runs the Janey Loves Platinum Awards for Eco and Organic Products.

Janey is a sought after speaker on wellbeing and eco living. Her repertoire extends to PR and Media Training for corporate groups and individuals, and as a spokesperson for Natural Childbirth and Parenting issues, and currently writes columns for many magazines recommending natural products and services. She presents a regular holistic health show on UK Health Radio and is the presenter several times a year for the Hay House Radio Spotlight UK series interviewing leading inspirational authors. Janey revisited her singing career starring as The Spirit of the Ring in Aladdin and The Fairy Godmother in Cinderella in pantomimes in the UK, produced by That’s Entertainment productions. In Autumn 2018 she appeared in BBC’s ‘Celebrity Antiques Roadshow’ along with fellow Steve Wright in the Afternoon co-host Tim Smith.

Doctor of Medicine & Master of Science in Biology and Specialist in Alternative & Complementary Medicine, Dr Jakub S.Malinowski Knowler MD PhD MSc studied conventional medicine and graduated as a Doctor of Medicine in 1983. He then obtained his MD, PhD in Clinical Immunology in 1984. He also has a Masters degree in Biology MSc. Between 1988 and 2006 Dr Knowler worked in a cardio-vascular clinic, taking part in heart and heart valve replacement surgery. Over the years that followed, he became more and more interested in complementary medicine and subsequently decided to qualify in this field and has been practicing CAM for over a decade. As a former cardiovascular surgeon, he is an authority on the heart and circulatory system, who actively advocates the benefits of CAM to regulate the heart and circulatory system for improved health and wellbeing.

Niall Rafferty HDip, MSc, PhT, is a licensed Sports & Physical Therapist and certified Personal Trainer who has been working in the sports and leisure industry for a quarter of a century. A former International water polo player and world competitor in surf lifesaving, he has coached and lectured extensively with teams, athletes and Olympians. Niall has applied his skillset to working extensively with swimming teams from regional, national and high performance squads in strength & conditioning and physical therapy. He has studied exercise physiology, nutrition, pathology, sports medicine and graduated from University College Dublin with an Honours Masters Degree. He has been an External Practical Examiner and Subject Matter Expert with ITEC since 1998 and has an extensive background in both clinical and field therapies. He has pursued his swimming passion by swimming the English Channel solo in 2015 for charity.

John has been in public practice all of his working life and has worked for several large corporate accountancy firms in London. He set up his own firm, The Accountancy Practice in 1997 with just one client who he is pleased to say is still with him! John’s aim was to set up an independent practice which is friendly, approachable, jargon free and most importantly cares about you and your business. John is a fellow of the Association of International Accountants.

A maverick soul, John (uncharacteristic of accountants) also runs meditation sessions and de-stress retreats. A former Samaritan for the leading charity of the same name, John is a good listener and demystifies the sometimes complex area of accounts. Coupled with a down to earth approach, and an office managed by the mother of his five children, John has grown The Accountancy Practice organically via referrals with a large proportion of sole trader and limited companies as clients.